From its first license plate issue in 1906 through 1915, Pennsylvania produced plates made of porcelain coated steel…originally it was assumed plates would be permanently assigned to a vehicle, so they were produced to last!…this group is somewhat unique as each plate is only four digits up except the one 1913, which has five…the first numbers run from 1 to 10! 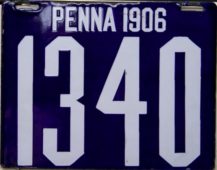 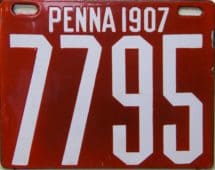 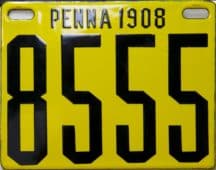 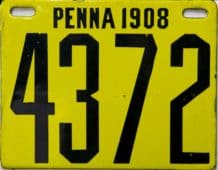 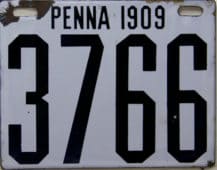 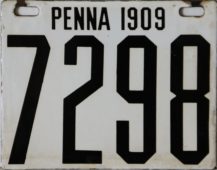 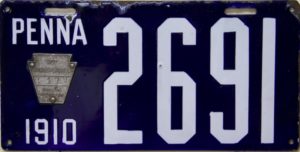 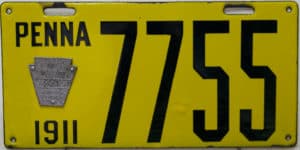 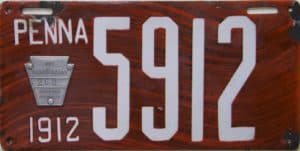 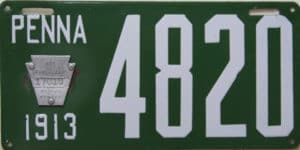 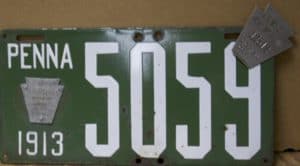 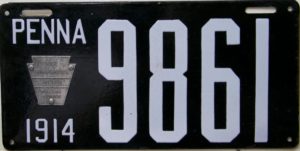 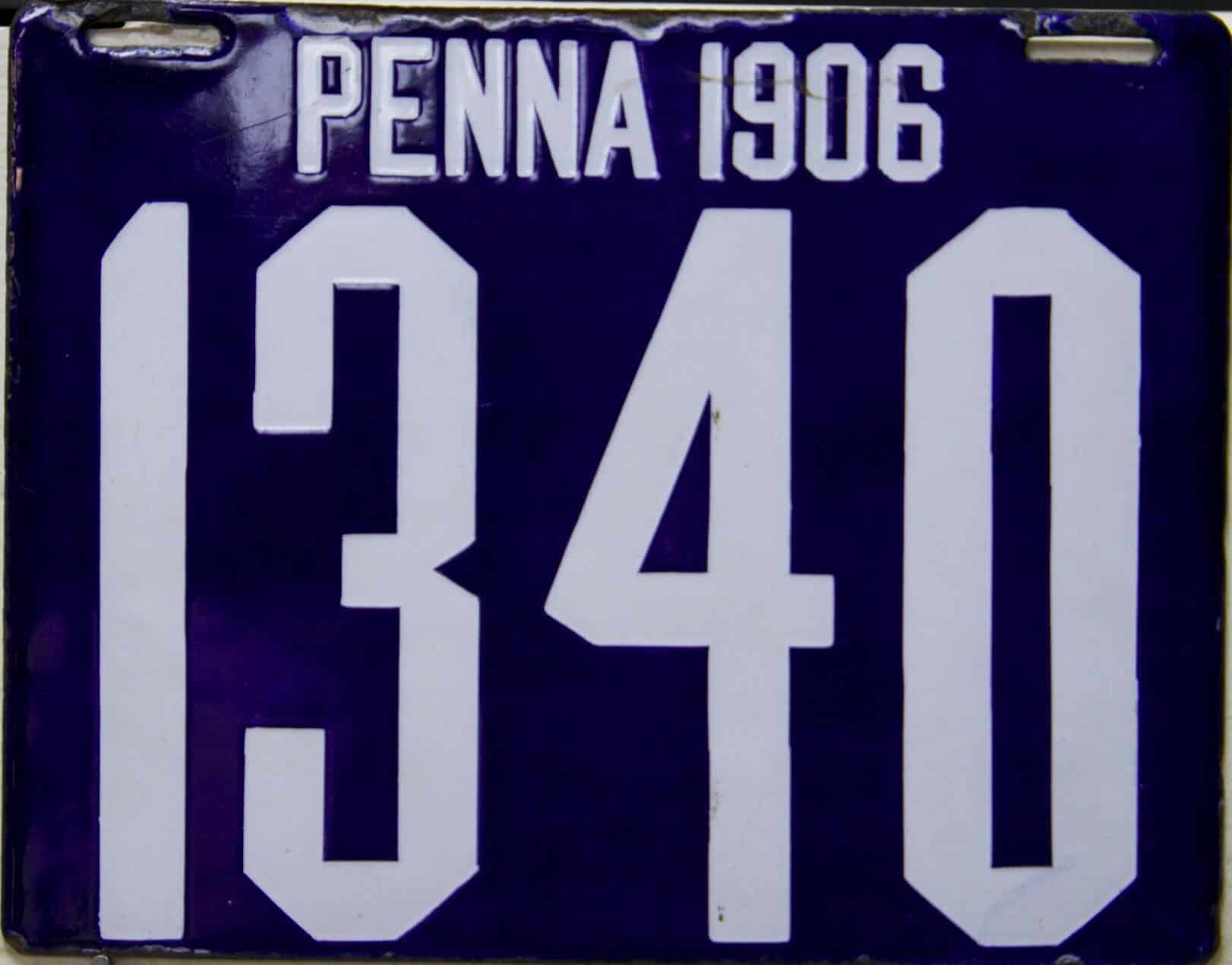 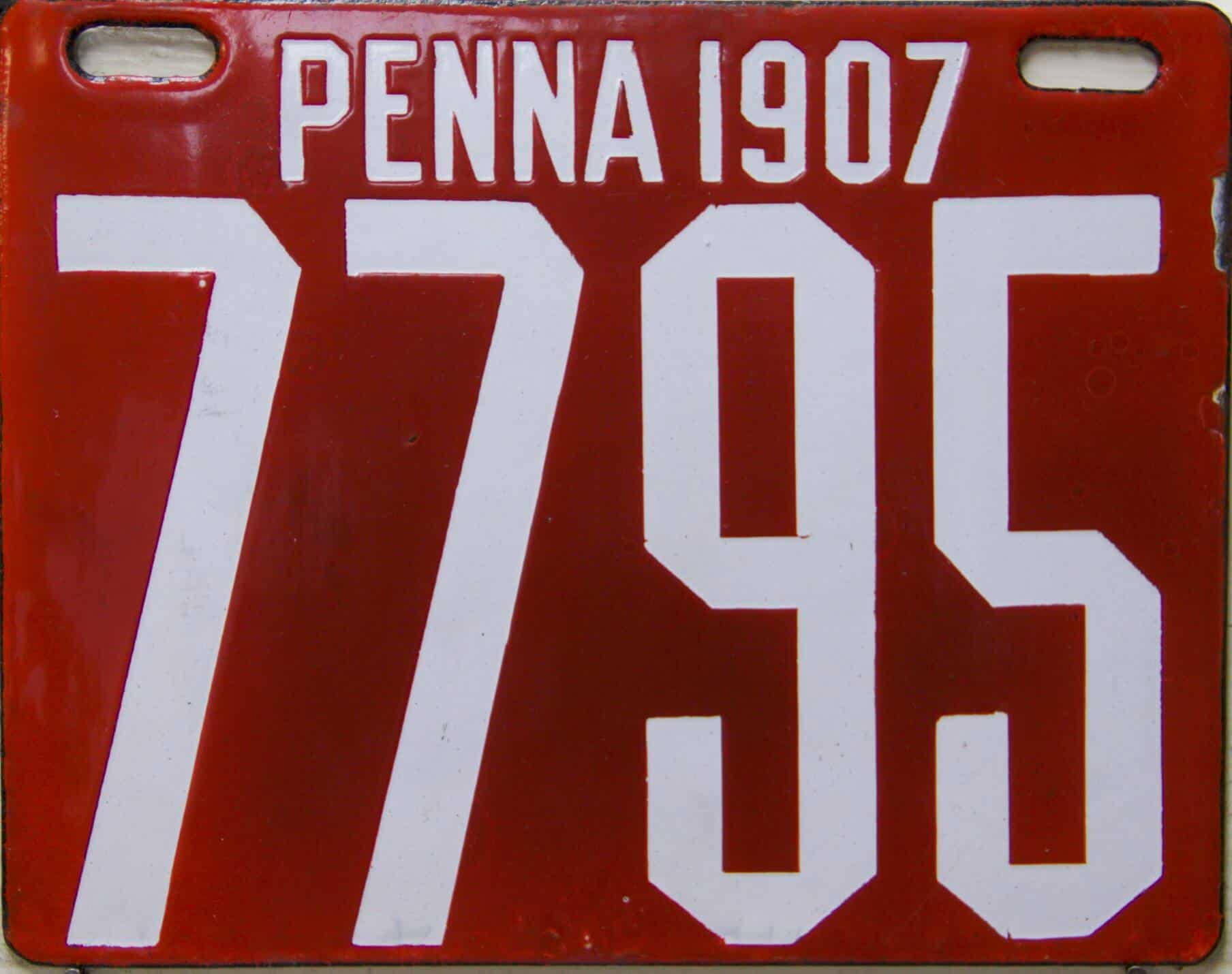 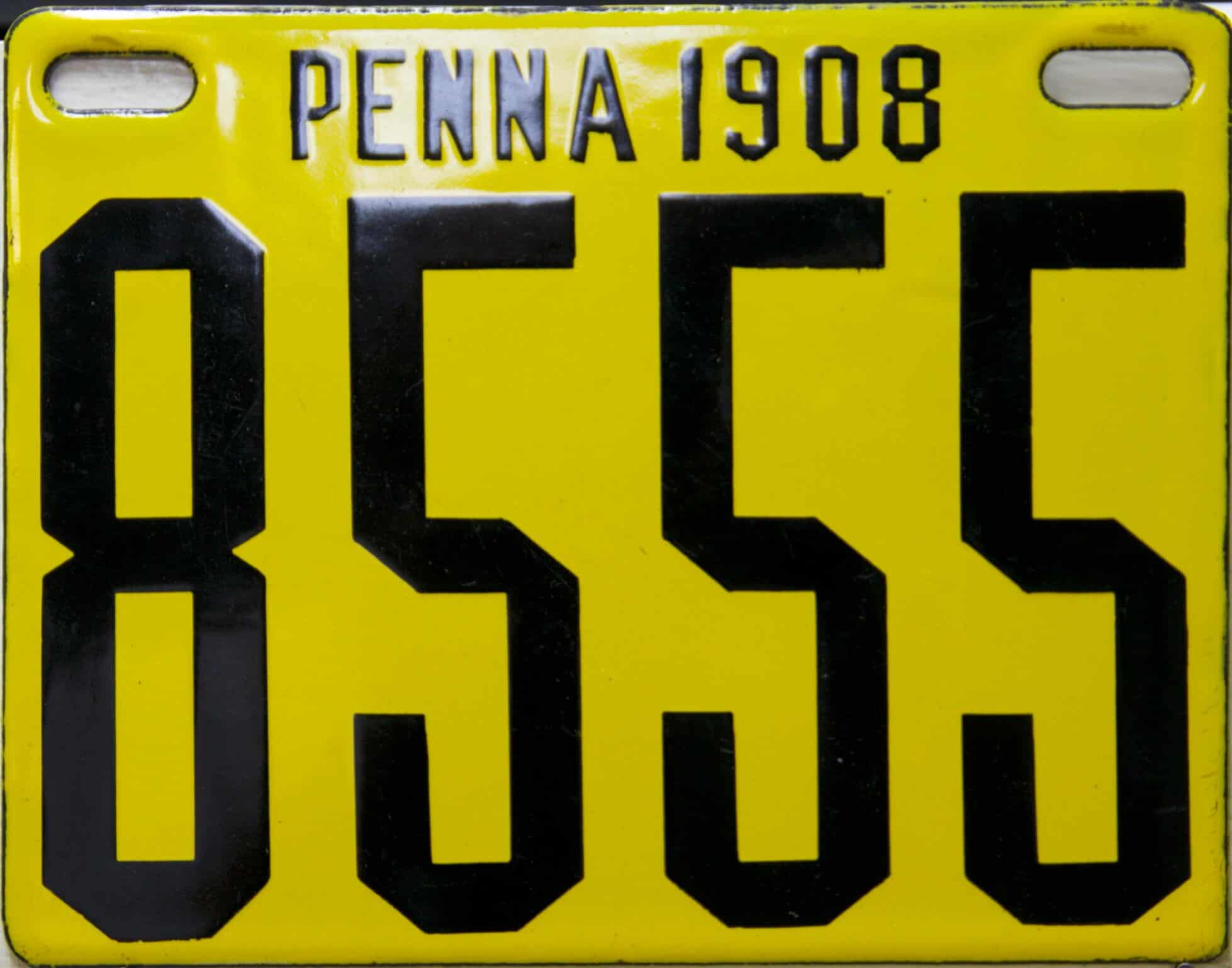 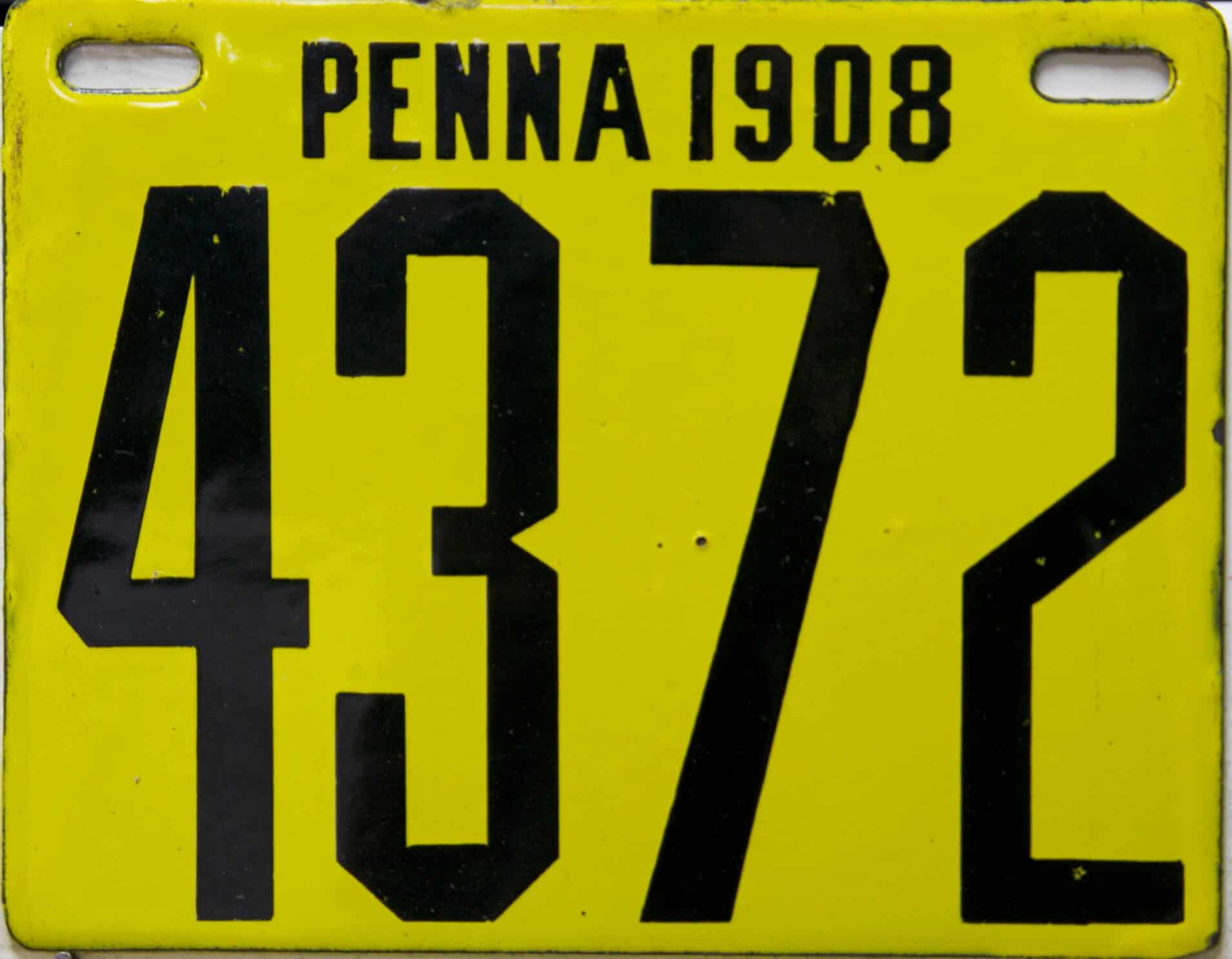 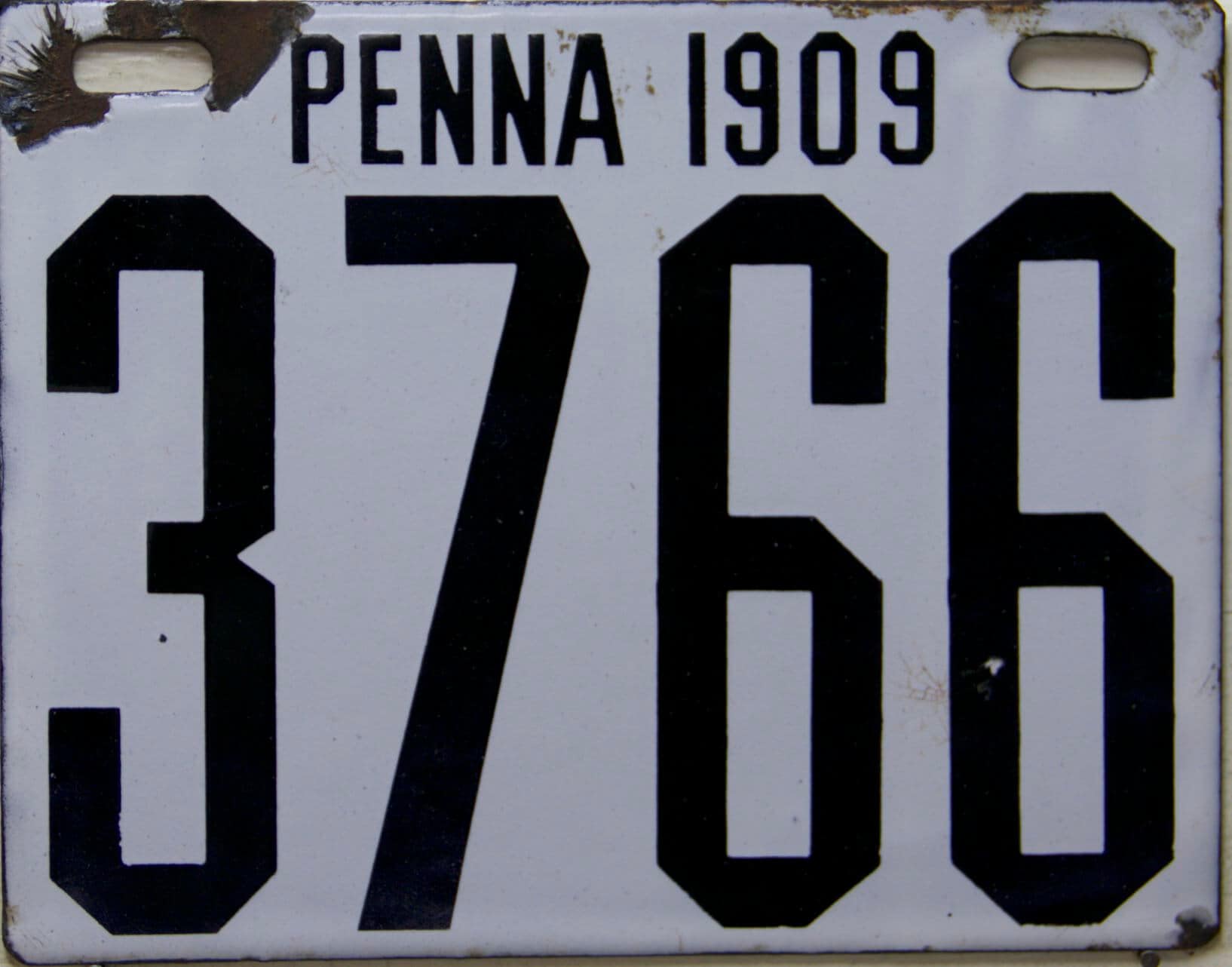 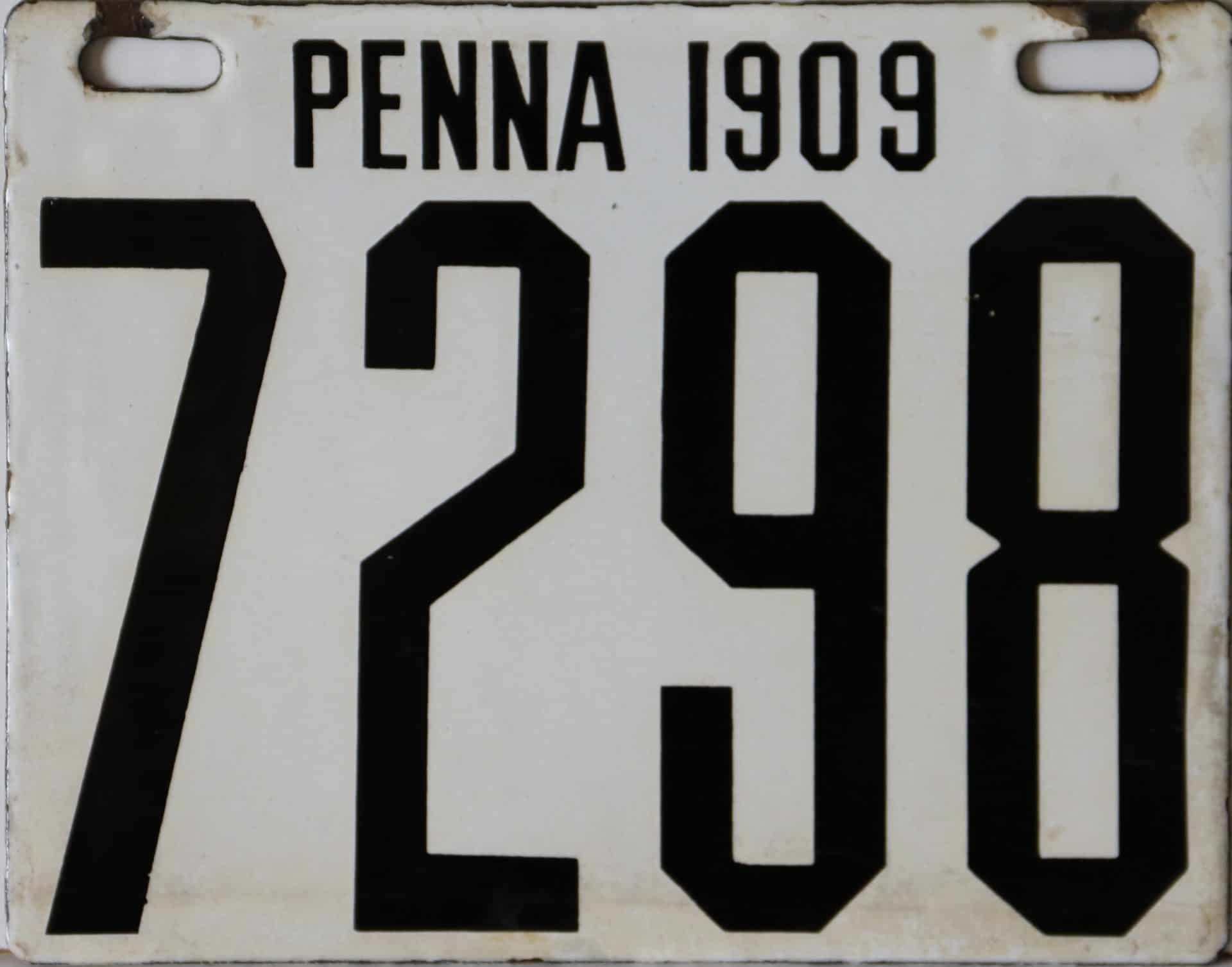 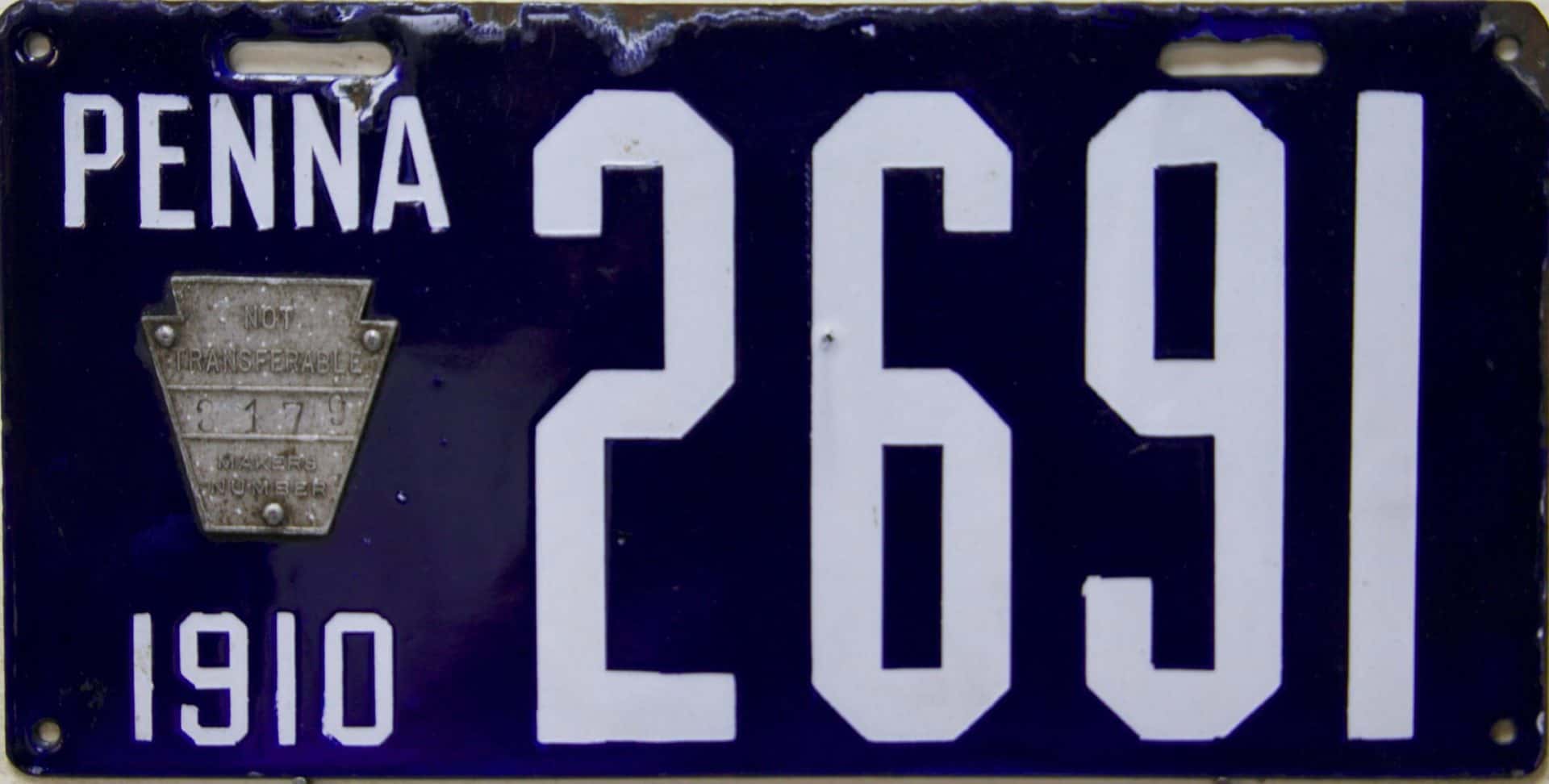 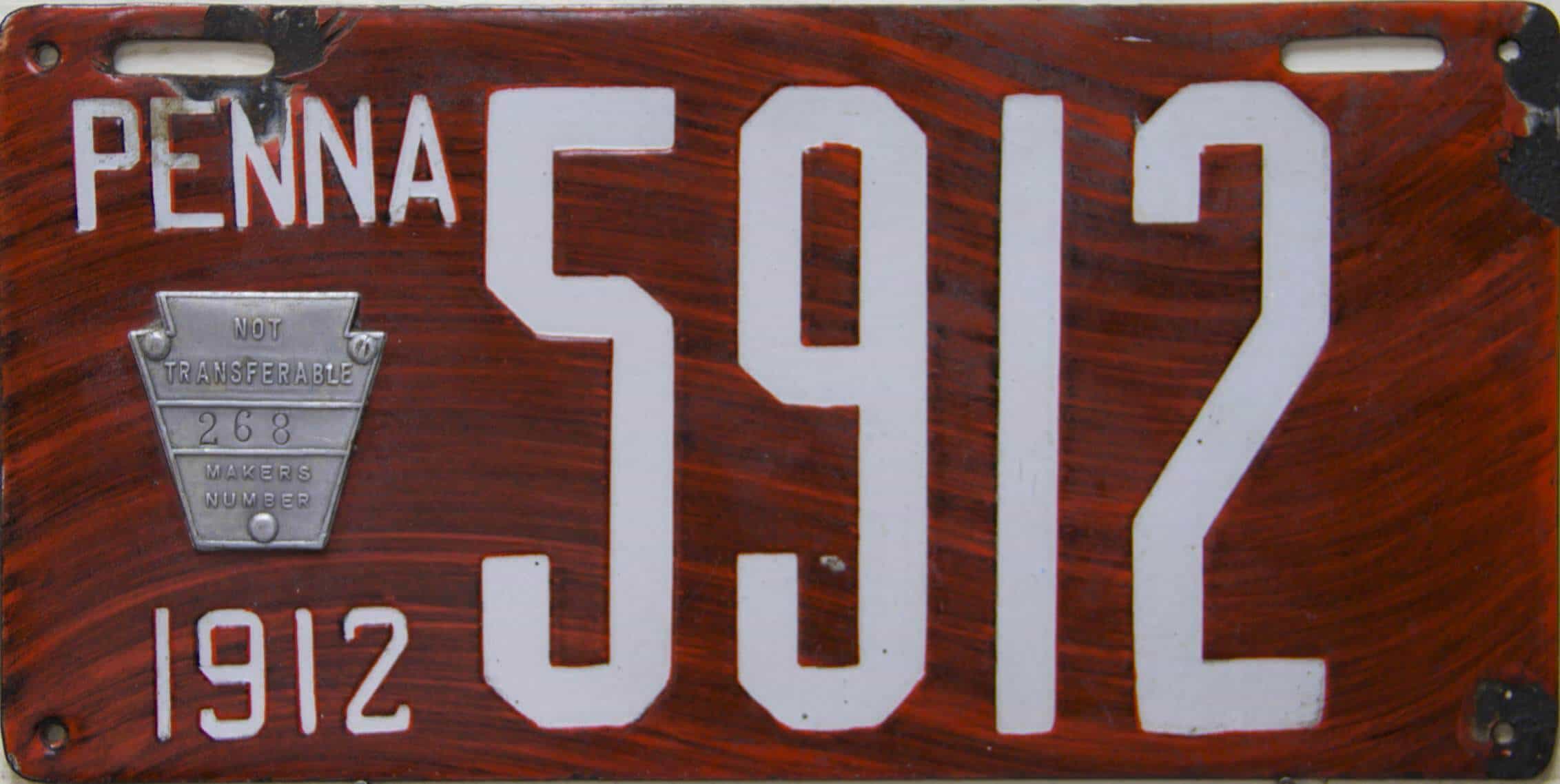 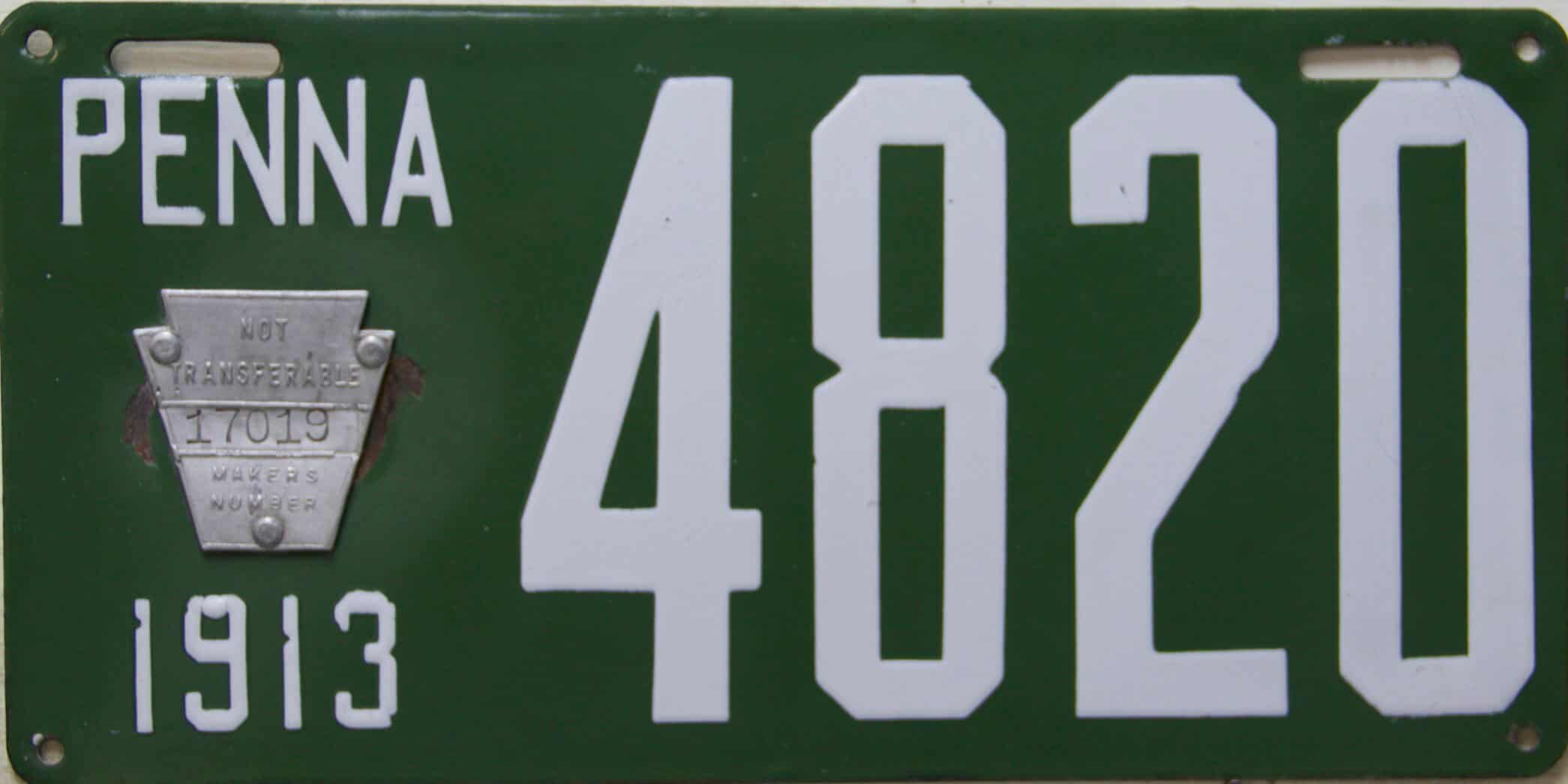 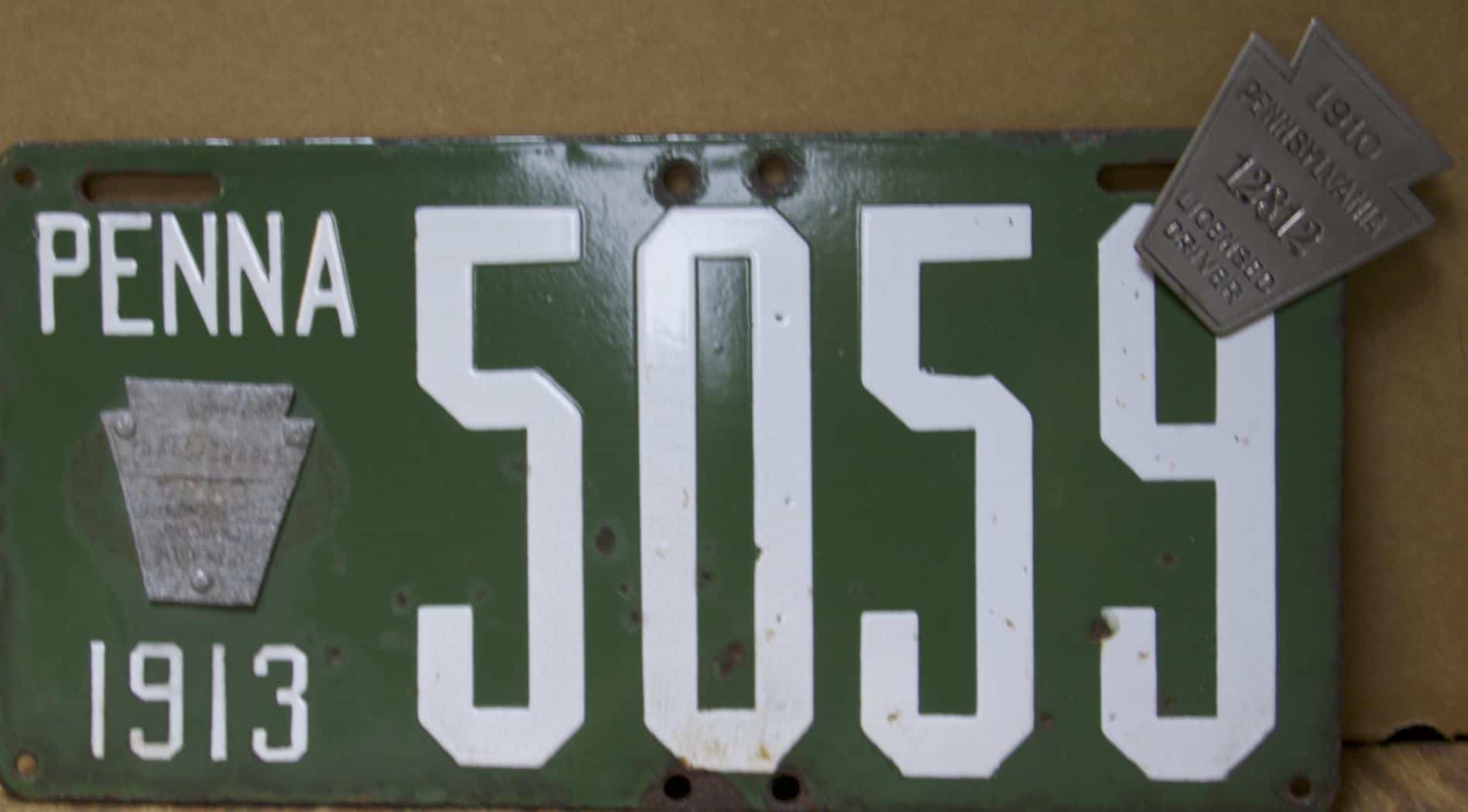 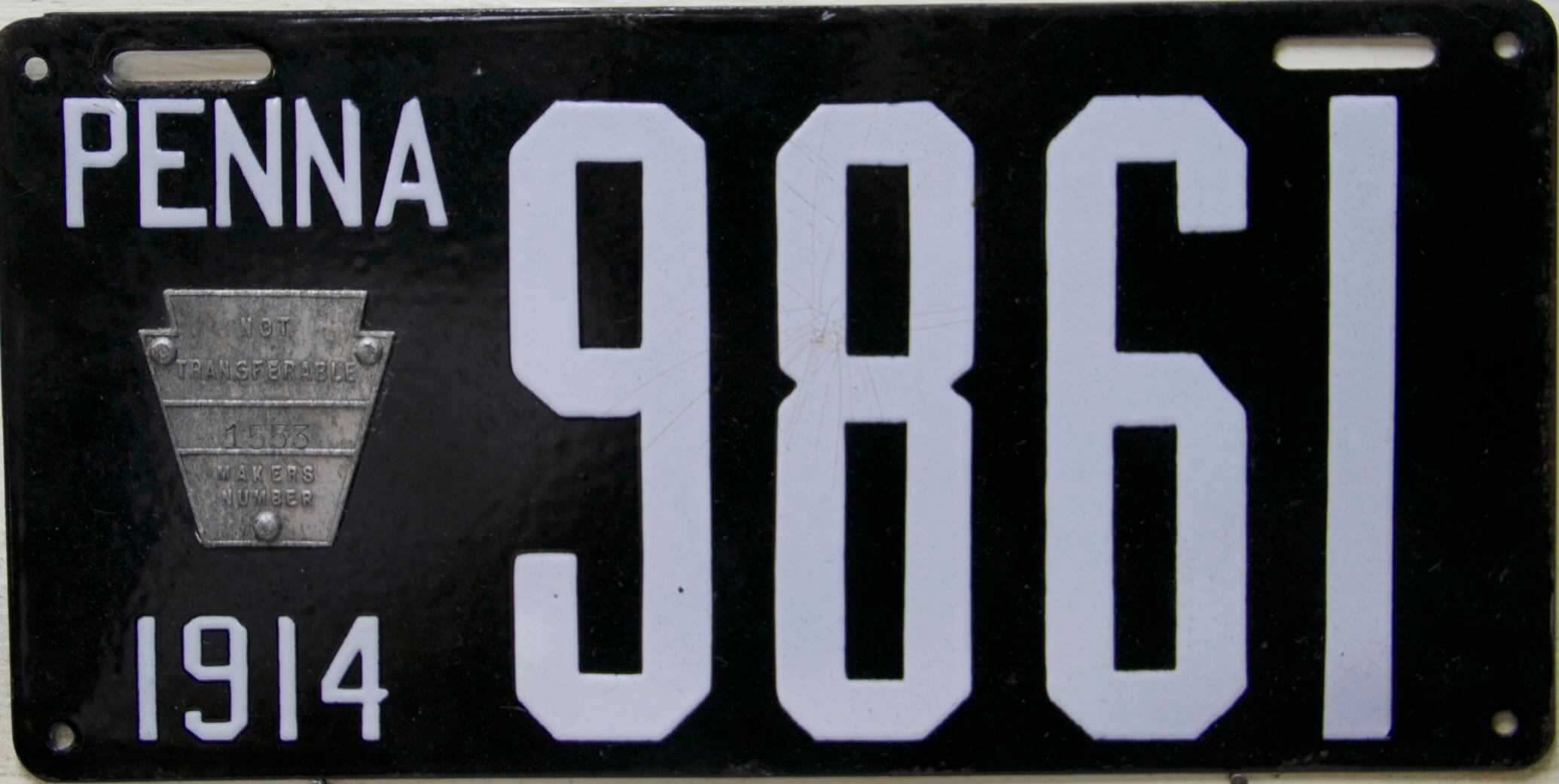